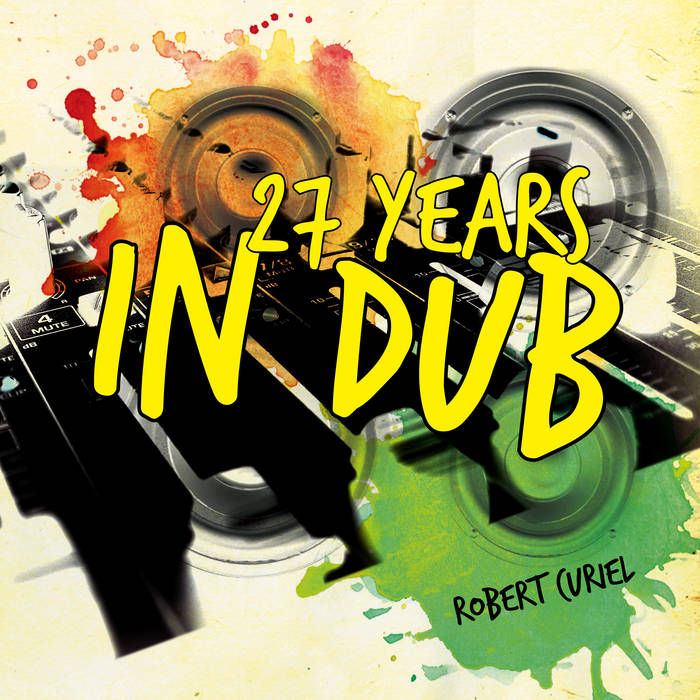 Robert started to love reggae in 1978 at the age of 14, when he first heard Linton Kwesi Johnson and UB40 at a party. Really short after that he heard “Chatti Mouth” and it’s dub version by Creation Rebel that struck him like ligtning. In 1983 at the age of 19 he started to play the drums and became drummer of the well known dutch reggae band High-Sprits. In the following 5 years they played most stages in Holland, also supporting Aswad and The Wailing Souls. During that time in the eighties he got very inspired by producers like Adrian Sherwood, Scientist, Lee Scratch Perry and many others and slowly he started to breathe dub. Robert started to experiment with two cassette players, a microphone, some other cheap instruments and a little audio mixer to make his own dubs. A lot of tracks are very lo-fi and still alive in the digital domain. The tracks on this album are an overview of the last 27 years of his own music. All instruments and vocals are played by Robert himself. A few of the tracks like for instance “Satta”are made on an eight track recorder with very few poor mics. Robert just can’t let go of that old fashioned style of dubbing. Most of the tracks on this album are handmade and dubbed on the spot. I.o.w. manually dubbed on a real old fasioned mixing console. There are still a lot of timeless dubs that Robert made of other Dutch, Belgium and German bands that were never released. Surely they will be released some time in the future when ever, where ever.

Bandcamp Daily  your guide to the world of Bandcamp